Writing at The Tatler, Bridget Johnson confirms that the Obama administration had ample time to organize a response to the attacks in Benghazi.

Members of the House Intelligence Committee learned in a closed-door briefing yesterday that more contractors are corroborating the report that the Obama administration had plenty of time to respond to the attack on the Benghazi diplomatic facility ... Nunes said the timeline begs the question: “What if the attack had went on for another 24 hours?”

“Would they have eventually sent help then? I mean, there is no accountability in this process that I’ve seen so far. And nobody knows what the president knew and when he knew it,” he said. 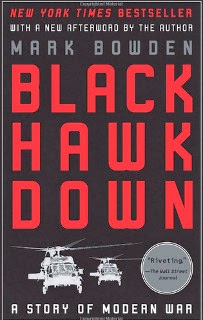 It's worse [than just a scandal]. Having been overseas, having been a Secret Service agent, I walked out of my house with my crying daughters... and I would tell them everything would be okay. This was going to Afghanistan, etc.

I thought the Cavalry would show up! ... I never thought in a thousand years that if we had an "A-to-Z security plan" that "B" would never show up... and that FEST team, the Foreign Emergency Support Team, over a seven-hour fight where our Ambassador was brutally killed, along with Sean Smith and those two heroic SEALs.

It's tough for me to talk about because it brings back really bad memories. I can't imagine if something had broke bad on my end. I can't imagine screaming in the radio calling for help and not one person answered to help. It's a national tragedy and it's worse than people know...

It was an insider attack, planned for months. The administration didn't want to admit that Libya was a failed mess. It had to be a foreign policy success right before the election, they knew there was a foreign policy debate coming up.

He [Obama] had just gotten destroyed during the first debate with Romney because he had nothing to stand on.

So they had to find a scapegoat when this happened. They tried this ridiculous meme about the video, which is basically laughed at now, but back then was accepted by a collaborative media that just wanted to propagate this Aesop's fable.

But I really believe that they just had them stand down because they had memories of "Blackhawk Down."

And if we got stuck over there, we're going to have to tell a story about how Libya is a failure. But they never -- can you imagine listening to the cries for help?

The horror. And now these tapes are apparently out there, there were drones overhead and there's video too, which were there about 90 minutes after the attack started.

They let these people die and suffer grievous injury because of a simple political calculation. It's sick.

In August of this year, unconfirmed but credible reports asserted that Obama consigliere Valerie Jarrett made the call to stand down.

Confidential sources close to Conservative Report have confirmed that Valerie Jarrett was the key decision-maker for the administration, the night of the Benghazi terrorist attack on 9/11/2012...

...at approximately 5 PM Washington time, reports came in through secure-channels that Special Mission Benghazi was under attack. Secretary of Defense, Leon Panetta and Chairman of the Joint Chiefs of Staff, General Martin Dempsey summoned the President,and briefed him on the crisis, face to face.

...As that meeting drew to a close, Ms. Jarrett, who is also the Assistant to the President for Public Engagement and Intergovernmental Affairs, went from the living quarters to the White House Situation Room, where the attack in Benghazi was being monitored by Dempsey, Panetta and other top-ranking officials.

Perhaps House Oversight Chairman Darrell Issa could subpoena Valerie Jarrett to determine what she knows about the night of September 11, 2012.

That is, if it doesn't impact the 42 other investigations he's "working on".

Should not come as a surprise.

CONGRESS !!!, get That "president" out of office before the Chinese Attack's us and before he succeeds in starting a civil war here in America.  I am believing this "p"resident, Obama, only lifts up President Lincoln because he (Obama) wants another civil war.

James, someone commented on the video (via Western Journalism) that was about a section of the senate hearings on Obama violating the Constitution. there were comments below the video, and here is one by Lazslo:

I have come to believe that all of Issa's investigation's are just a side show to stall and prolong any real closure and convictions pertaining to the many incident's that have happened during Obama and his Administration's time in office.  Has any of his hearing's resulted in anyone being charged or convicted of anything?

Twana, what you say makes sense- Obama could use Al Qaeda, or the Communist Chinese or the Russians. Trevor Louden,(from New Zealand and wrote the book "Barack Obama and the Enemy Within")when he spoke to our local Tea Party said that if American patriots rose up to fight back, physically, than Russia would step in to aid Obama. Trevor was warning that we have to stick to legal means and elect good people to congress.

O and Hillary need to be tried for murder.

It seems each day brings to light more corruption, hypocrisy, and deceit by Barack Obama and all in his party!!!  The silence of most of the Republicans and the media is deafening!!!  If change comes, it will have to be in the form of tens millions of patriots who act in concert to drag these rats from their positions of power!!  it will be a sight to behold!!!

Calling her to testify may only open the door for another murder, Yes her,s,.  Everyone with the exception of bribed Democratic leaders who continue to defend their god, we will never know how much they actually know, until an act of  remorse or conscientiousness finally over come their guilt and the truth will be known. The biggest coward in this whole thing of High Crimes and Misdemeanors is none other then the fraud usurper Barry Soetoroe, who must be arrested for all the crimes he has committed against America and the American people, we the American people have always been successful at preventing any take over attempt by Communist or any other domestic enemy, but we must come together as we were ,before the evil one infiltrated our country.