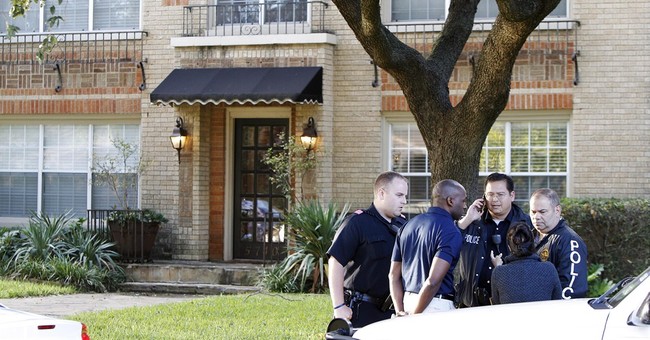 Only a madman would gamble with our lives…our children’s lives…and the entire American economy. Why would President Obama play “Russian Roulette” with the future of our country? It’s a gamble no sane leader would take.

The life and death issue is Ebola. The President is more concerned with political correctness (and golf) than taking common sense precautions to prevent a deadly pandemic. Why does this President not see his responsibility is to keep the odds as low as possible?

There are three simple, common sense actions any President who cared about American citizens would take:

#1) Ban all flights from the Ebola Zone and quarantine all travelers coming from any Ebola Zone. This is an absolute ‘no brainer’. Time is wasting. It should have been done months ago and may already be too late. Who knows how many people in America right now (or flying here tonight or tomorrow) are already infected.

#2) Secure and seal the border- NOW. Any day, any minute, illegal immigrants sick with Ebola could be walking across our border.

Worse, how easy is it for our radical Muslim enemies to send Ebola infected terrorists across the border? How simple to infect and send hundreds of “Ebola suicide terrorists” into our hospitals and children’s schools.

All our radical Jihadist enemies have to do is inject tainted Ebola blood into volunteer suicide bombers or worse, innocent children, and send them across the border. Undetectable, they walk across our Southern border showing no symptoms and surrender to U.S. border agents. Obama disperses them across the country where they sneeze or cough on their lawyers, caretakers, and classmates. It’s that easy…it’s that simple, to start a deadly Ebola Pandemic across America.

Equally disturbing, what if Ebola spreads to Mexico, Central or South America. Suddenly panic ensues and hundreds of thousands of their citizens (or even millions) run for the U.S. border looking for America’s medical system to save them, spreading Ebola like wildfire… into your home and mine.

Our border is wide open to bring death and disaster, ending America as we know it. Yet President Obama is unwilling to do a thing to secure it. Nothing. Nada. Zip. Zilch.

The question is why?

#3) Return all U.S. troops from the Ebola Zone. Obama’s decision to send troops to Africa is pure madness. No good can come from sending 4000 U.S. troops into harm’s way of an invisible deadly germ.

Can you imagine the panic that will ensue if any of our troops contract Ebola? What if a ship becomes infected? Would it stay at sea while most die and until the survivors are deemed safe? Will returning planes be diverted to military bases where every soldier is a ticking time bomb that could infect friends, family, entire communities?

Mr. President, it's time to tell the truth about Ebola. It is far easier to become infected than doctors or health experts are telling us. We are told becoming infected is an extremely remote possibility. Really? An NBC cameraman got Ebola without ever touching a sick patient, or entering the room of an Ebola victim. A nurse in Dallas got Ebola while wearing heavy protective gear. Over 200 doctors and nurses in Africa are dead despite wearing protective gear, washing hands with bleach, and knowing exactly what they were dealing with. Still they are powerless to stop it.

My new book, “The Murder of the Middle Class”, focuses on economic murder. Ebola is the embodiment of this murder. An Ebola pandemic will kill thousands, if not hundreds of thousands of Americans. But separate from the human tragedy, the economic cost will overwhelm and bankrupt our country.

The cost of treating just one Ebola patient is beyond comprehension: special ambulances; isolation chambers; hazmat suits; weeks or months in the hospital; quarantines for every person that came into contact with the Ebola victim; decontamination teams for their homes; and even special handling of bodies for burial.

Then there's the death of tourism and commerce. Restaurants, hotels, airlines, shopping centers, movie theatres, sporting events, tourism and entertainment of all kinds will be shut down. Sports seasons will be cancelled. Americans will be trapped in their homes, frightened to go outside. Commerce will grind to a halt. Jobs lost by the millions. The economic devastation will be unimaginable. America’s economy (already on the ropes) will be in ashes. The result could be total economic ruin.

Yet knowing all this, Obama does nothing. He refuses to secure the border. He sends our young military men and women into the death zone to face an invisible killer. He even purposely chooses to refuse to do something so simple and common sense as ban flights and quarantine travelers from the Ebola Zone.

Our President is putting all of our lives, our families, our economic survival, at risk. He is gambling with our children, our jobs, the future survival of America. Yet none of this has to happen.

Why take that gamble? Why risk economic suicide? Why not take all possible actions and precautions to limit the possibility of a widespread epidemic?

Is Obama criminally insane? A madman? An ignorant, delusional fool? Or is he doing this purposely to overwhelm America’s economic system? Does it matter?

By the way, as America’s first case of Ebola transmitted on U.S. soil was announced, where was Obama? Playing his 200th round of golf as president.

Any American who isn’t blind can see something is very wrong. It's time for patriots, political and military leaders to speak up. Our President is clearly reckless, irresponsible, incompetent or evil. Regardless of the reason, for the sake of our families, and our physical and economic survival, it’s time to remove Obama from office.

Now…before it’s too late. Before he gets us all killed.

Permalink Reply by Michael M. Regan on October 14, 2014 at 11:24pm
If this isn't grounds for removing him from office, then what the hell is!?!
He has clearly failed to protect the American people. SURELY this is enough to remove him from office, isn't it??

Permalink Reply by SUSAN MARIANO on October 20, 2014 at 2:01pm
What would Obama do if his kids get OBOLA.

Permalink Reply by LadyFloridaCracker on October 22, 2014 at 9:49pm

Permalink Reply by kimberly mandry on October 23, 2014 at 4:24pm
An excellent and spot on article about this phony. His lies got him voted into the White House….twice….but I believe his ideas and speeches are not his own, but those of someone in the Arab world who wants to see the U.S. fall as a world power.

This is well written-----very concerning about the future of this Nation------and how pathetic our current "leadership" is.


Best description of Barack Obama ever

The first paragraph of Mr. Wheeler's statement is perfect.


Jack Wheeler is a brilliant man who was the author of
Reagan's strategy to break the back of the Soviet Union
with the star wars race and expose their inner weakness.
For years he wrote a weekly intelligence update that was
extremely interesting and well-structured and informative.
He consults(ed) with several mega corporations on
global trends and the future, etc. He is in semi-retirement now.
He is a true patriot with a no-nonsense approach to everything.
He is also a somewhat well-known mountain climber and
adventurer.

He has no real identity. He is half-white, which he rejects.
The rest of him is mostly Arab, which he hides but is disclosed by his non-African Arabic surname and his Arabic first and middle names as a way to triply proclaim his Arabic parentage to people in Kenya . Only a small part of him is African Black from his Luo grandmother, which he pretends he is exclusively.

What he isn't, not a genetic drop of, is 'African-American,' the descendant of enslaved Africans brought to America chained in slave ships. He hasn't a single ancestor who was a slave. Instead, his Arab ancestors were slave owners. Slave-trading was the main Arab business in East Africa for centuries until the British ended it.

It's something Hillary doesn't understand - how some complete neophyte came out of the blue and stole the Dem nomination from her. Obamamania is beyond politics and reason. It is a true religious cult, whose adherents reject Christianity yet still believe in Original Sin, transferring it from the evil of being human to the evil of being white.

Thus Obama has become the white liberals' Christ, offering absolution from the Sin of Being White. There is no reason or logic behind it, no faults or flaws of his can diminish it, no arguments Hillary could make of any kind can be effective against it. The absurdity of Hypocrisy Clothed In Human Flesh being their Savior is all the more cause for liberals to worship him:
Credo quia absurdum, I believe it because it is absurd.

Thank heavens that the voting majority of Americans remain Christian and are in no desperate need of a phony savior.

He is ridiculous and should not be taken seriously by any thinking American.

And yet he got elected, not once but twice. Thanks to those that did not think it was important to vote for freedom and those that were willing to give up their freedoms for entitlements.

Remember you don't have to be on a southern plantation to be a slave, if you are dependent on government entitlements you just have a different slave owner.

Permalink Reply by LadyFloridaCracker on October 23, 2014 at 8:22pm

WOW!!!  Touching is an understatement!!  Thanks for sharing

Permalink Reply by LadyFloridaCracker on October 24, 2014 at 8:21pm