It’s Time For The Right To Recognize Reality 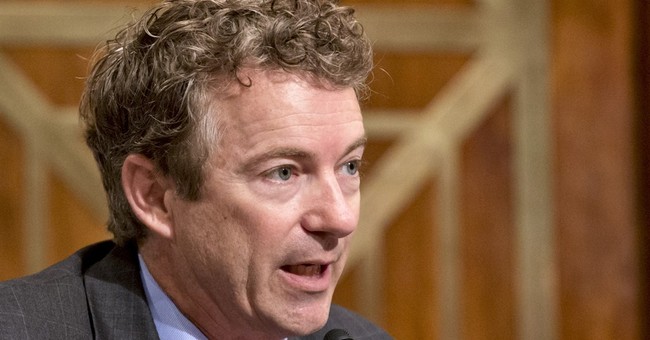 People interested in liberty – be they conservative, libertarian, Republican, Tea Partiers or whatever – need to pull their heads out of where they currently are and let the sun once again shine on them before it’s too late.

The electorate is ripe for the picking and freedom is on the cusp of a comeback. But it just as easily could be lost for good if its supporters don’t reconcile, wise up and act like adults.

Progressive Democrats have a plan, as they always do. They want to expand government power and dependence. Government never has been bigger nor had so many Americans dependent on it to some degree or other. Liberty is losing, even though it is supported by a majority of Americans, because non-progressives too often act like teenagers throwing a temper tantrum rather than adults with an objective.

Progressives want a complete government takeover of health care. They have fought for it for decades. They had the chance to get it in 2009-10, but passed. They didn’t have a change of heart and suddenly decide not to inflict their failed Utopian Hell on the country. They knew it would be rejected, so, rather than push for a full takeover, they smartly settled for more incrementalism, and Obamacare was born.

Obamacare is a disaster, but it was designed to be. No one who voted for it saw it as the finish line. It’s a rest stop on the way to single-payer. Progressives are willing to accept half-measures that inch them toward their goals, then wait patiently for the next opportunity to push ahead. On the right, there’s none of that.

Impatience is understandable, but it’s also stupid and counterproductive.

The political right excels of late at petty infighting. Depending on who you talk to and what their personal issue is, non-progressives are a jumbled mess of pet issues, personal crusades and unhelpful grandstanding. The only thing missing is the only thing that matters – clearly articulated goals and a plan to achieve them.

There’s a lot of pie-in-the-sky talk about how to score a touchdown, but those plans generally require every play to be a 99-yard pass. That isn’t going to happen. Touchdowns aren’t scored on every play, even by the best teams. Getting to the end zone requires time and a series of plays – some short, some long – that together, over time, gets you to where you want to be.

Rather than work together on issues they agree on, set an agenda, establish common messages and outreach to the majority of Americans who agree but aren’t paying attention, the right’s factions fight over which issue is “most important” and how everyone who doesn’t agree is the problem in Washington. Meanwhile, all of their goals are becoming more difficult, if not impossible, to obtain. But they’re righteous, damn it, and that inflated sense of moral superiority and the money that blindly flows behind it sustains them. It’s a ship of captains arguing over the position of the stars while the boat sinks under their feet.

Progressives, on the other hand, get strategy. They win by playing the long con. They don’t spend time or resources arguing over who or what is “pure” enough. They ask: Does this advance the ball toward the goal line?

When was the last time you heard of a progressive group attacking a progressive politician? Has the Center for American Progress attacked Media Matters for anything? Vice-versa? Has any Senate Democrat attacked Harry Reid for ceding the advice-and-consent role of the Senate to the President? Of course not. Even vulnerable Senate Democrats who are facing near-impossible re-elections because they voted for Obamacare are muted in their criticisms. They’re for a progressive agenda, they see the long game and put their objectives before themselves.

On the other hand, we on the right see only tomorrow, if not just later tonight. They don’t recognize that an all-or-nothing attitude usually gets you nothing.

Why can’t they unify around a few big-picture goals to articulate and educate the public on and leave the disagreements for later? Because there’s no money, no power, no glory in that. The problem with being a movement based on the idea of rugged individualism is it’s made up of a bunch of rugged individuals…and their egos.

Progressives are winning – not because they have better ideas or the majority on their side. They’re winning because they will do anything – even lie, cheat and violate the Constitution – to obtain their goals. They put aside petty differences for the big picture.

Most Americans are uninformed, distracted and disinterested. That makes them prime picking for progressives who never let the facts stand in the way of their agenda, and who co-opt the language of liberty to fool them. Why not use it? No one else is.

Pro-liberty politicians are too interested in preaching to the choir to bother refuting progressives. Sen. Rand Paul, R-Ky., gets this. He has spoken at Howard University, among other places, and he deserves credit. Steve Pearce, the New Mexico congressman, is no softie on immigration. But his majority-Hispanic district loves him because he takes the time to show up and be part of their community. This ought not be newsworthy.

Preaching to the choir drowns out reality. It engenders cheers from the fans and boos from the detractors. But it does not reach the great middle – the voters who decide elections. They encounter these questions only through the media, movies and pop culture. And it’s not the liberty message they hear from those sources. It’s those terms turned on their ear with a “dependence is good” mindset piled on top.

Pro-liberty politicians, pundits and activist groups need to learn to put aside their differences, at least for a while, forego the “Hail Mary” bomb and gain some yards. If they do, America will look a lot different. If they don’t, it’ll look a lot like now. Like it or not, you can’t change reality until you accept what it is.

Please send this on to the tea parties with a big hello.