So why did Michelle Obama visit him in hospital? Isn't it so convenient that none of the team of SEALS are alive to tell the story! Do you smell the stench to high heaven now?

HAMZA IS KNOWN AS THE “CROWN PRINCE OF TERROR,” AND VOWED REVENGE VS. USA.

HAMZA IS KNOWN TO BE “THE SPITTING IMAGE OF HIS FATHER, OSAMA BIN LADEN.”
“SAUDI STUDENT” WAS TACKLED FLEEING BOSTON MARATHON, THEN HOSPITALIZED WITH “SEVERE HAND BURNS AND SHRAPNEL IN BACKSIDE OF LEG.”
Hamza is the son of Khairiah Sabar of Saudi Arabia, one of Bin Laden’s three wives who were living in the Abbottabad compound.[11] Interrogation of the surviving wives of Osama Bin Laden by Pakistani intelligence after the raid on the Abbottabad revealed Hamza was the only person missing. He was not among those killed or injured. The raid conducted by the SEAL team was thorough: infrared technology, as well as ground troops, remained confident nobody inside the compound had escaped. There were no hidden exit tunnels from the compound.[12][13]
In a letter confiscated in the raid, written by bin Laden and addressed to his “Chief of Staff” Atiyah Abd al-Rahman, bin Laden mentions his desire that Hamza would be educated in Qatar as a religious scholar so that he could “refute the wrong and the suspicions raised around Jihad.”[14] The same letter revealed that Hamza did not escape the raid because he was not even present in Abbottabad.
[15][16] Letters from the compound also confirmed that Osama was grooming Hamza to be his heir apparent following the death of Hamza’s older brother Saad in a 2009 US drone strike.[17][18]
The congressional source told TheBlaze it was unclear as to why representatives from Immigration and Customs Enforcement (ICE) would be unaware of this information. Earlier on Thursday, an official with ICE said it was “categorically false” that Alharbi had ever been considered for deportation.
The congressional source, however, said the information sent to Congress showed that a file was created on “Abdul Rahman Ali Al Harby” at 4 p.m. on Tuesday by an official with the National Targeting Center, a counterterrorism sub-agency of U.S. Customs and Border Protection and the Department of Homeland Security. The file stated that the individual is “linked to the Boston bombing” and was to be processed for revocation of his visa based on national security grounds, the congressional source revealed. 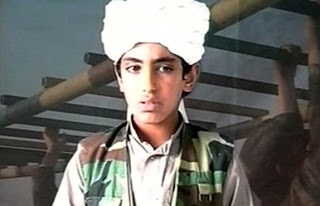 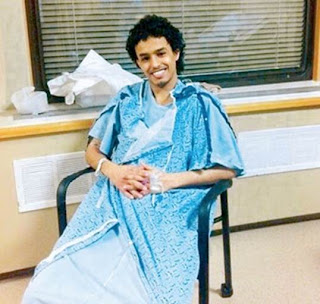 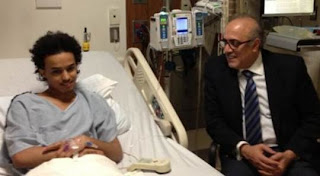 This blows me away.  He certaintly looks like Hamza bin laden.  Hamza is the son of Khairiah Sabar of Saudi Arabia, one of Bin Laden’s three wives who were living in the Abbottabad compound. Interrogation of the surviving wives of Osama Bin Laden by Pakistani intelligence after the raid on the Abbottabad revealed Hamza was the only person missing. He was not among those killed or injured.  If true, this is huge!!!   -Mort

We are being set up and sold out, and yet I see a Fox poll last night that says 70% of Americans believe Obama is doing a good job when it comes to terrorism!!  There is NO HOPE for this country!!

You're right, Debbie....all we can do is prepare to weather the worst and emerge to lead us back to our original republic....with all our freedoms.

You would have to believe Ovomit to believe any poll. His communist minions control it all. Fox News is no longer the so called "fair and balanced" new outlet it started out being. One of their major stock holders is a Muslim. Ovmits last real stats put him at 48%. As a question, it depends how they put it. When they got the 90% are for background checks the poll asked " Do you believe in background checks"? They didn't ask if they agreed with harder and more intrusive and would create a list of registered weapon owners. That got 29%. I really don't put  much stock in polls. They are too many variables including the group they are taking the polls from. This is what I think is going on. Ovomit is in trouble. There are multiple law suits and impeachment that he is trying to sway what the truth is. He is on his way out. When liberal news outlets and those hanging on his cot tail start letting go to get distance from him,, well he know the s_ _t is getting ready to hit the fan.

Polls mean nothing to the educated.  Polls are designed to make "people" vote the "right" way and that "right" way means going against the Constitution.

Exactly. The Liberal Party has created the mindset that polls are what "most" Americans think. They use them to help their candidates and destroy those running against them. The truth is not necessary. Winning and retaining their so called "power" is. We are lucky that most are getting smarter about their tricks.

Permalink Reply by Lorraine P Boggs on April 24, 2013 at 3:32pm
I'm so sick of this administration helping our enemies kill us.

Are there any more updates or confirmations coming in about this story?  OSB's wives and children should be montored by CIA/FBI depending on where they are....we all should feel a "little" uneasy about the situation....

What should be and what will be are far apart. I would be surprised if O will allow either organization do there job the right way.

On the day of and the day after 911, there was a great deal of information online about OBL.  I had downloaded several documents about him, which is how I knew about the other wives and kids.  The interesting thing is that about four days after the World Trade bombings, all the files about him on the internet vanished.  I sent links to several of my friends who told me that they were unable to access the info that  I had obtained it from the FBI records and white house information that had been posted.  I had the links noted on the bottom of all the printouts that I did, so I tried to reaccess the files, and they were right. All the info had been removed.

So how do we get more info on this story?  I'm not sure.  Perhaps all our PFA members who have access to intelligence info might want to work on this.  It's something we CAN do and share with our fellow members.  And it is probably the only way we will be able to follow up on this story, since I'm sure all doors have been closed to the public on any more of this information.