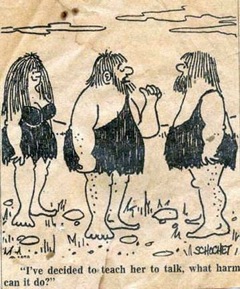 MY WORK HERE IS DONE !


My Work Here Is Done-


There is a relatively new terminology in the cyber word called, 'going viral'.

It's when an email gets blasted around so much, everyone seems to know about it. …
Continue

It’s a sad Day for Nevada when one waits 15-months to vote against Harry Reid then allegedly finds the ballot machine votes for Reid not the Candidate the voter intended to choose. If several reported self-voting ballot machines are designed, to favor Harry Reid and others, racketeering charges should be considered ASAP.

Apparently, many Nevadans that intend to vote for Harry Reid don’t know it was reported Reid supports legalizing nationally, Internet Poker gambling that could… Continue

This is one time when I wish to be an Alaskan resident. Since loser, Linda Murkowski, is trying to sabotage candidate Joe Miller's campaign to be the next Republican senator (which he won fair and square), turnabout's fair play, especially in light of the crap shoot the courts are playing.

The court made two opposing decisions in one day about a "list of write in's" at the polling place. Murkowski attempted to re-write the write-in law in her favor. First the law…

Impeach Obama! Stop wasting your time
This year elections may not be decided by five minutes after the polls close. We know electronic ballot fraud as well as scanners and human fraud will play a huge factor, again. I am hopeful that candidates who allegedly lose -- either by a landslide or close margin - will challenge the vote. Having the outcome of some races (especially the senate) drag on for weeks or even months will have more negative impact for our…

Russell Best, the Independent American Party candidate for the US House of Representatives Second District files with the Nevada Secretary of State. Russell Best, a longtime Nevada resident, has been campaigning for the Second Congressional District in Nevada.
As a constitutionalist, he is disgusted by politics as usual; politics which has placed this nation into a dangerous tailspin. He hopes to bring back plain talk, open dialogue, and be a voice for the people that he will represent.… Continue


One count of the latest polls indicates that there are now 99 seats in the House that could credibly be taken over by the Republicans. The polls are going very badly for the Democrats, and Intrade prices are starting to predict the results some of us expected: at least a 55- to 60-seat gain in the House. The latest… Continue

The Odyssey of Islamism in America By Amil Imani Islamism is a mutation of Islam and is rapidly advancing on two fronts. In every Islamic country, it is cowing the non-radicals while recruiting more …

The Odyssey of Islamism in America…

THIS IS A REFERENDUM, NOT AN ELECTION

We heard him say it with our own ears -- My name is not on the ballot, but my agenda is. In all his speeches, across the fruited plain, for over two years, before a cherry-picked adoring audience, it's always about him. "My name may not be on the ballot, but our agenda for moving forward is on the ballot, and I need everybody to turn out," Obama said Tuesday afternoon during an appearance on the Rev. Al Sharpton's radio show. Is he saying this election is a referendum on him? Sounds…

Anti-sharia initiative to 'save' Oklahoma…
Continue


Is this McDonald's "HAPPY MEAL" ?

It is really strange that when I try to get to the blogs on PATRIOTS FOR AMERICA more often than not they are not available. Coincidence? I guess that's possible, but not likely. I guess the paranoia is setting in big time, right next to the voices in my head..

NOT ALL ELECTION CHEATS CREATED EQUAL (by the inimitable Jack Cashill)

BEWARE THE RABID DOG IN THE ELEVENTH HOUR

Beware the rabid dog. Liberals are licking their wounds, and in recent rallies, Obama has sounded desperate, fatigued, and completely out of sorts. In a recent statement, he was at his race-baiting best and played the Rosa Parks card. Claiming that he had pulled America out of the ditch the Republicans had made, he said:

"We can't have special interests sitting shotgun. We gotta have middle class families up in front. We don't mind the Republicans joining us. They can come for…