God save us from this evil smarmey snake! He is no friend of limited government under The Constitution. In 1979 he

protected wilderness. NOTHING in OUR Constitution Authorizes ANY of this.

Gingrich was aware of a book written by

the communist William Z. Foster called "Toward Soviet America". In it he calls for a Dept. Of Education and for…

How Can This Be?

The following excerpts are from a speech by Congressman McFadden in Congress June 10, 1932. The entire text of

one of the most corrupt institutions the world has ever known. I refer to the Federal Reserve Board and the Federal

Reverand Manning Is Unbelievably Dissapointing - Watch To The End

This is so Hilarious!

Media Explode with Talk of Impeachment

GET THAT GOLD FRINGE OFF MY FLAG!

The flags displayed in State courts and courts of the United States have gold or yellow fringes. That is your WARNING that you are entering into a foreign enclave, the same as if you are stepping into a foreign embassy and you will be under the jurisdiction of that flag. The flag with the…

LIVABLE COMMUNITIES" is a SOCIALIST TRAP!

Crosses in the yard

Obama administration reports to the UN on human rights issues in U.S.
By Doug Hagmann Full Story
Northeast Intelligence Network
Under the administration…

Weather Wars and the Devil’s HAARP Look At This!!!!!

.Something just isn’t RIGHT with Governor Brewer, and Senator McCain doing what they are calling TOURING together, when the actual, and appropriate word is campaigning together. Actually it doesn’t matter, because whether…

EVACUATE NOW!: This is Not a Drill

EVACUATE NOW!: This is Not a Drill 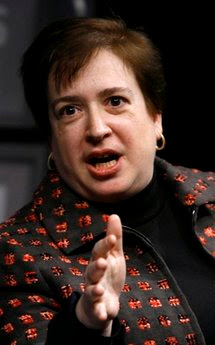 Obama tells Students: "It's true I'm not American"... " I come from KENYA" TURN YOUR VOLUME ALL…

Obama tells Students: "It's true I'm not American"... " I come from KENYA"

TURN YOUR VOLUME ALL THE WAY UP.

In this 3-part video interview with Tony DeMeo, Sheriff of Nye County,
Nevada, he explains that he is a Constitutional Sheriff and that
authority for public office holders is…

The key to solving a problem is to understand it, and create massive awareness.

Please pass it On From Morphcity

If everyone was aware that Sustainable Development was Orwellian 'doublespeak' that really means depopulation and slavery of the masses, there would be little support.

The biggest problem that we face is overgrowth of government which is correlated to:

Sound too conspiratorial to be true? Like the cover-up ops of spy novels? Well, it's reality. And it is possibly the most bizarre, inhumane and abusive way that the White…
Continue