SILENCE OF THE LAPDOGS

Silence of the Lapdogs 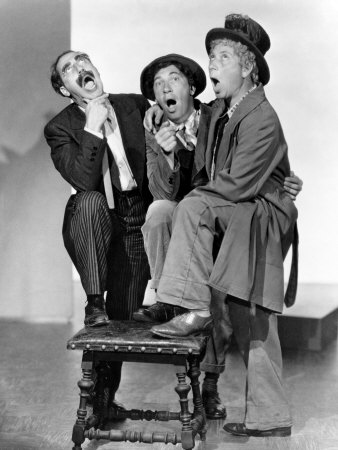 Warning: This column contains news of evidence of possible forgery and fraud in the long-form birth certificate of the president of the United States and – bonus – his Selective Service registration card.

I figure the warning is necessary to prevent Americans, particularly Americans who work in news media and politics, from hurting themselves on any hard, sharp facts that might poke through my discussion of what is surely the biggest scandal to emerge around the seemingly dodgy docs Barack Obama is using to verify his identity.

I refer to the logic- and history-defying news and political blackout of the March 1 press conference called in Maricopa County, Ariz., by Sheri....

I ask you: Have you read in your local paper about the technical evidence that led the posse’s three retired criminal investigators and two attorneys to conclude that the birth certificate image White House officials uploaded at the White House website on April 27, 2011, did not originate in a paper format, but rather was created (forged) as an electronic file on a computer?

Have you seen on network or cable news the video clip (one of six posse videos at YouTube) re-creating exactly how an additional fraud might have been committed to forge the president’s Selective Service registration card? Heard even conservative talk radio discussing the posse’s discovery that immigration files in the National Archives recording overseas arrivals into Hawaii are missing from the week of Obama’s 1961 birthday? Or about the retired mailman’s affidavit attesting that the mother of ex-Weather Underground terrorist Bill Ayers enthusiastically told him that she helped with “foreign student” Barack Obama’s educ...

I know my ears pricked up when, watching the posse’s press conference online, I heard lead investigator Michael Zullo explain that the 1961 Hawaiian newspaper listings of Barack Obama’s birth confirm nothing because the posse “can prove beyond a doubt” that these newspapers announced arrivals of foreign babies as well as native-born. Zullo also announced the posse had “documented evidence of two adopted individuals who were breathing three years prior” and were similarly listed as newborn infants. Heard anything about that?

I know the answer. You have read, seen and heard nothing – and certainly not a peep from any representatives in Congress. The unique exception seems to be poor Republican Rep. Cliff Stearns of Florida, whose mere mentions (better than nothing) of “examining the evidence” get him insta-hammered by the media and White House alike. Obama’s communications director, Dan Pfeiffer, one of the presenters of the birth certificate at the White House last spring, actually had the gall to call into question via tweet Stearns’ fitness to conduct congressional investigations into the Obama administration’s decision to funnel $535 million into Solyndra, the bankrupt solar company. Why? Because Stearns dared to express interest in evidence amassed by veteran law enforcement professionals under Arpaio, himself a 30-year federal law-enforcement official and five-time-elected sheriff.

“1984″-style, we mustn’t question. We mustn’t look. We certainly mustn’t look at questions that cross the narrative of authority. What are we, free people?

Apparently not. One editor told me the problem is the evidence of fraud might prove to be true! A very famous conservative figure told me that if the president were proved to be an identity thief, “that would alienate too many people” from the Republican Party!

I am reminded of Groucho Marx’s answer to the question, Are we mice or men? “Throw some cheese on the floor and we’ll find out.”

Recently, Breitbart.com’s new editor at large, Ben Shapiro, was on Mark Gillar’s radio show, “Tea Party Power Hour,” promoting his conservative media organization’s “vetting Obama” campaign. Gillar asked Shapiro if “vetting” Obama would include investigating Obama’s birth and/or Selective Service documents. Absolutely not, Shapiro replied, explaining that he didn’t believe this was an issue. “I am discouraging people from spending time on this,” Shapiro said, emphasizing once again that he himself did not believe there were irregularities in the documents since, as he put it, he knew Media Matters would be listening to the interview.

Shapiro continued, quite candidly: “It’s an issue on which people are being marginalized very easily and very quickly at this point.”

Clearly, something has us all on lockdown. That’s much, much scarier than even the amazing possibility that some con artist might be pulling off the biggest scam in history.

THE PIDDLY PUNK BEN SHAPIRO IS A LAMEBRAINED TRAITOR TO THE BREITBART ORGANIZATION .

HE IS MOST LIKELY A " PLANT " BY THE obummer MIS - ADMINISTRATION , AND PROBABLY KNEW IN ADVANCE THAT BREITBART WOULD BE ASSASSINATED .

By the way, 30 million Muslims, possibly imigrating to here??  If my memory serves me, they are all bound by

the Quaran., or what ever, We are all infidels according to that blivet.  So with that in mind, we can expect the Jihadist group when?   Is the the New Army coming on board??   They are mwrecking the Armed Services of this country, and no one has the balls to stop them yet.   I still remember the interview at the end od WWII

when the Japanese Lt. was asked, "What was the most horrific part of the war?"  the answer was,"An angry American!".

Now if you are waiting for the Honor Guard, Congress, to do anything, Please do not hold your breath.

None of them have a true educated run through history, they think they won't be involved, nor do they understand that opposing forces Op Plans, are always in three levels, and have a hidden agenda.

Socialism, eh, Sharia, now that might be a deadly issue.

I did warn everybody who listened from the beginning, before Obama was sworn to presidency. There is now well established dictatorship, too difficult to fight. Some people will disappear, some will be prosecuted by kangaroo courts which started with LTC Lakin, some people will get lucky and just loose their job. So what now? I really do not know. All I know is how such a government is working. I was living under communist regime from which  I had to illegally escape to free world to west just before they were going to pick me up. Where you will be running? Not even Antarctica is free now.

Chairman Obama and his Politburo are alive and well and for those of you who think the upcoming election will change things I have a bridge to sell you. There will be a national emergency declared about Nov 1st and subsequently he will institute martial law. "Bye Bye American Pie"

Comment by Jerel Bartlett on March 25, 2012 at 7:19am
There is a media blackout.  There are reports of people being threatened severely.  The establishment Republican Party members have joined those ranks of nay sayers in the absolute face of material evidence.  The courts are turning away from their duties.  Did Michelle Bachman just make a statement against the birth certificate?  Now a spokesmen for the TEA party.  Was Valley Forge the lowest point for Most Honorable George Washington?  All it takes is a few good men.... and some cheese.
The link below capsulizes a lot of the old arguments and a lot of new argument, facts, and material evidence.  I was impressed.  I was at the Georgia hearing.  The fraud and malfeasance of the President, Democratic Party, and Judicial Branch of Government, and Legislative Branch of Government is colossal.  They are on one accord.  And the Republican Party is crickets.  What does that tell you? .....Vote TEA Party this fall, next fall, and next fall.
(We are up against really big forces.....Is Obama the Anti-Christ?  Has complacency got us to this point.  Will words get us out of this situation?)
http://www.grouchyconservativepundits.org/index.php?topic=31121.0

This country is in real need of leadership.  Someone that will pull all of the veterans together and straighten out all of these marxists politicians and their useful idiots.

I agree with George Schryer, there won't be an election in Nov. Obama will declare Martial Law.

But, we can spread the word...from the internet.  Usually, the MSM "discovers" what we have been talking about, a few months after the news is already common knowledge..

There is a growing sense, an under current, whispers, that rumblings are occurring throughout our military.  Whether it's to prepare for martial law or be prepared to reject it is the question??  I personally think the military will not support martial law.  There will come a time when even the weak military leadership will realize what an "illegal order" is and reject it...how much longer can they ignore evidence of Obama's fraud??  Obama will be voted out of office in November 2012...if.....freedom loving Americans step into the voting booth.

I'll be there, or fighting the good fight somewhere.........or six feet under.