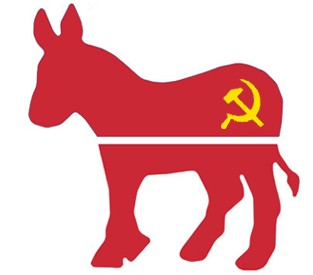 We the people who love Freedom and honor our Constitution must ban together to insure these Islamic sympathizers disguised as Democrats get booted out of our Government. PLEASE LET'S GET-R-DONE !!!!!!
He is educated. He is sharp and energetic. He runs a billion-dollar business in North Houston, and he employs thousands of Texans. His products are top of the line, “Made in the U.S.A.,” and he exports them to 106 countries.

Now he is poised to announce that he is a candidate for the Democratic nomination for governor.

Is Texas ready, are YOU ready, for a governor named Farouk Shami ­ who was born in the Palestinian city of Ramallah on the West Bank and speaks with an accent different from ours?

Last week, he gave me a tour of his expansive Farouk Systems manufacturing complex in North Houston. He makes BioSilk and SunGlitz brand hair and beauty products, Chi hairdryers and curlers, and is expanding into small kitchen appliances.

Business is booming. He is expanding, buying more buildings to make more products. Parts and ingredients that he currently buys from China he is looking to make in Texas. For example, he has been buying imported olive oil for his products. So he recently planted 10,000 olive trees in Uvalde.

We sat in his office ­ the chair behind his desk is a throne, no kidding ­ and talked about his vision for Texas and his plan as governor to run the state like a business.

But first, this is 2009, and it's a difficult world. I asked him, what religion are you?

Shami said, “I am an American.”

I said, “Yes, but this question will come up, more than once, when you travel the state and ask Texans for their vote.”

He continued, “Obviously it will come up. I believe in all religions. My oldest brother is a Catholic. His mother is Catholic. That's my stepmother. My mother is Muslim. I was born a Muslim. I was raised by a Quaker. My mother's stepbrothers are Jewish. My grandfather married a Jewish woman. I am a good mix.”

I asked him, “Do you think Texas is ready for a governor with your background?”

He said, “If you mean as a successful businessman who has created thousands of jobs here in Texas? Then, yes, I think Texas is ready. Absolutely. I am running for governor. I am not running for a religious position.”

Shami came to the United States in 1965. He arrived in Maryland and enrolled in the University of Arkansas, where he studied cosmetology. He worked as a waiter to pay his tuition. Then he came to Houston and started his business with one beauty parlor on the north side.

“I came with nothing to Texas,” he said. “I started with nothing and built a billion-dollar business. I've hired thousands of people, and I'm ready to hire thousands and thousands more. I am blessed to be a U.S. Citizen and blessed to be a Texan. This state gave me the greatest opportunity. I want to pay back by leading Texas. With privilege comes responsibility.”

Shami, 66, and his wife live in The Woodlands. He has four children and nine grandchildren.

“I am about jobs, jobs, jobs,” he said. “We must find a job for every unemployed person who wants to work. I am capable of doing that. The current government in Austin doesn't know how to do this. The state is being run by politicians with old ideas and old promises. I understand how business works. The most important thing we need to do is find jobs for people.

“In business you have to make money. A family makes a certain amount of money, and that's what they spend. It's the same with business. If you overspend, you go out of business. Our current governor overspends.”

And Shami wants to put him out of business.

I asked, specifically, what would you do to create more jobs?

“We have the longest border of any state with Mexico. Instead of spending money to build walls, we should build factories. We have the people for the jobs this would create. We need to populate the border. That would stop drugs coming across. Our border would be more secure with factories and businesses there. We do not want criminals coming into this country.”

As someone with long hair who frequently uses a blow drier, I’ve tried a gazillion hair care and styling products. But I no longer buy CHI or BioSilk hair products and haven’t for a while now. That’s because Farouk Shami owns Farouk Systems, the company that makes those products, is a vehemently anti-Israel Palestinian Muslim. And Mr. Shami said in a speech (video below) that Farouk Systems supports that view. If you buy CHI or BioSillk, that’s where your money is going. His Sheikh Mohammad Shami Foundation gives hundreds of thousands of dollars to build extremist schools a... (along with your tax-funded USAID money). . . .

Shami has gotten quite a bit of positive press lately–press of which he’s unworthy. He announced that he will no longer produce his hair care products and styling tools in China and will, instead, employ Texas residents in Texas to produce his items. But that’s not entirely accurate. Much of the Farouk Chi and BioSilk items are produced in what Shami calls “Palestine.” And the only reason he left China was because the Chinese were counterfeiting his products and undercutting him (hmm . . . less for his jihad and more for the Chi-Coms, that’s a tough call). Plus he says it’s not cheaper for him in China.

Farouk Shami was an awardee and honoree of the anti-Semitic American Task Force for Palestine (which believes all of Israel is “Palestine”)–the the video below, and he supports illegal alien amnesty. He wants to employ Mexican aliens at his Texas plants and get them “working papers,” he told Houston’s KHOU / 11 News, last week (Watch the Video). He says we Americans have too much, and it’s “not fair” to the Mexicans. Though, I guess he thinks it’s fair and not “too much” to live in his 30,000 square foot mansion. Meet Farouk Al-Hypocrite. Farouk says he’s against building a wall on our border or keeping illegal aliens out. “Why can’t Texas have 30 million or 40 million people?” he asks. Uh, yeah, you wanna pay for it, Farouk?

And Shami has been denouncing Israel for some time. Read this interview he did with the Houston Chronicle, two years ago.

It’s not that I don’t know where Farouk donates his money. He openly says so. He’s Muslim, Palestinian, and very anti-Israel, and says that Farouk Systems supports those views. And he’s for open borders and illegal alien amnesty on our own borders. I can’t be sure that he’s not donating money to Islamic terrorists in the so-called Palestinian territories, where much of his family still lives. And I also can’t be sure that he’s not donating to illegal alien advocacy groups.

In fact, given his views and given the fact that he was an ATFPalestine honoree, I’d bet that’s where some of his Farouk Systems profits go.

If you’re against open borders, illegal alien amnesty, and anti-Semitic hatred of Israel, you’ll avoid buying any of Farouk Shami’s products, all of which can be seen on his site.

Who knew even hair care would have to be tainted by open borders and anti-Israel extremism?

And all the relaxer in the world won’t address that kink. This is one case where “American-Made” isn’t a good buy.