THIS IS AN EXAMPLE OF WHAT WE ARE UP AGAINST -The Republican Crusade Against Public Land Must End! 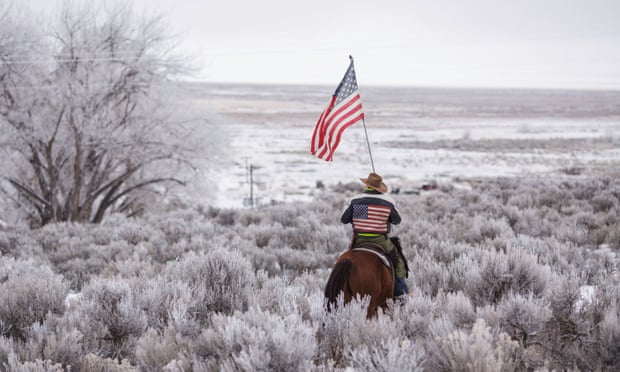 Since taking over the majority in 2011, House Republicans have intensified their efforts to give away natural resources owned by the American people to a few special interests. From threatened and endangered wildlife to mineral resources to fisheries, Republicans have attempted to shift control and decision-making authority from federal agency stewards to states and localities – even those with a track record of short-sighted or irresponsible management.

Of all their efforts to rewrite American environmental laws, none has been more intense than the campaign to devolve oversight of federal public lands. Efforts to weaken the Antiquities Act, block commonsense conservation rules and force the expiration of the previously uncontroversial Land and Water Conservation Fund – which got a short lease of life last year – are among the lowlights of the Republican anti-public lands crusade.

This crusade has coincided with, and arguably lent legitimacy to, the rise of violent extremism on US public lands, which culminated in the recent illegal occupation of Malheur national wildlife refuge in Oregon by a group of armed militants. A report issued in May by the Center for American Progress chronicles the development of this movement in detail. Anyone who supported or excused the militia’s violent extremism should read it in detail.

The most recent development in the ongoing battle for our public lands is the recent introduction of the badly misnamed Local Enforcement for Local Lands Act. The brainchild of the House oversight and government reform committee chairman, Jason Chaffetz, a Republican congressman from Utah, and the House natural resources committee chairman, Rob Bishop, also a representative from Utah, this radical bill would abolish the law enforcement divisions of the US Forest Service and Bureau of Land Management (BLM) and cede their authority to states and localities.

The bill’s authors would have you believe that federal law enforcement officers are agents of an overbearing, omnipresent Gestapo out to crush any expression of freedom or independence in the American west. In reality, BLM has roughly 200 law enforcement officers – fewer than one for every million acres of land it oversees. The Forest Service has approximately one officer per 386,000 acres. The law enforcement presence on American public lands more closely resembles 1894 than 1984.

Enforcement action is reserved for the worst of the worst: arsonists, grave robbers, drug traffickers and, yes, people who spend decades illegally grazing their cattle at public expense.

Turning enforcement powers over to local control doesn’t even make sense on paper. The Forest Service estimates that it would take the states 15 to 20 years to reach its current law enforcement capacity. Despite their small numbers, federal conservation law enforcement officers are highly specialized, highly skilled professionals.

The Forest Service and BLM require new recruits to complete more than four months of basic training and 12 weeks of specialized field training. Experienced law enforcement officers have significant institutional knowledge and relationships that cannot be replaced. Were the Republican bill to become law, existing collaborations within and across federal agencies and state lines – not to mention working relationships with the regulated community – would have to be rebuilt from scratch.

The Chaffetz-Bishop bill delegates enormous power while allowing states and localities to pick and choose which laws to enforce and which to ignore on US public lands. The bill has no performance standards and no language requiring a course correction, even in the case of a clear dereliction of duty. It leaves federal agencies – and ultimately taxpayers – on the hook to clean up any legal messes. This complete absence of accountability creates an environment ripe for abuse, especially where state officials and local sheriffs have already declared their intention to ignore federal law on BLM and Forest Service lands.

The bill’s supporters claim it’s necessary to relieve tension and resolve conflicts over US public lands management in the west. This is absolutely the wrong way to address a very real problem. Instead of relieving tension, the bill legitimizes anti-government conspiracy theories, dumps fuel on a smoldering fire and makes law enforcement more difficult.

Congressional Republicans should show their support for hardworking federal law enforcement officers and work with Democrats to ensure that US public land managers have the tools and resources they need to ensure these lands are managed for safe, sustainable, multiple use. Offering farfetched alternatives only makes things worse.

You can view this article at this link:  http://www.theguardian.com/commentisfree/2016/jun/17/congress-repub...

I POSTED THIS ARTICLE TO SHOW YOU WHAT MANY OUT WEST ARE UP AGAINST....BILL HR 4751 NEEDS TO PASS!  It will take away enforcement from the Federal Government and put law enforcement into local hands.  If you have a Constitutional Sheriff you have a better chance of keeping these lands in State possession.  Otherwise when the Federal Government comes in with BLM corruption continues and people get run off the lands, or even killed.   You can go to POPVOX and voice your opinion on this. Right now it looks like more people  are voting yes for this bill and that is good... .so if you are a liberty lover, you best get to this link and voice your opinion on this.....you can also track it by clicking on "follow".......https://www.popvox.com/bills/us/114/hr4751 I am the dot in Florida's 1st District up on the panhandle....check it out.

This bill is very important for our ranchers out west and can get somewhat of a handle on government overreach out west, however, they will need to make sure they have a Constitutional Sheriff, otherwise it won't work.  We are seeing now more and more realizing that if you don't have a Constitutional Sheriff, it can really mean freedom or tyranny.   I saw that out west at the beginning of this year with the murder of LaVoy Finicum and then the arrests and incarceration of over 43 some men and even a few women, who were mostly veterans, ranchers and III%er's, militia, journalists and even just patriots.

Some people took this post wrong.  Sorry for the confusion. This was posted so people could see what is going on and how many people think that the Federal Government has the right to steal these lands and enforce regulations upon them, and they don't.